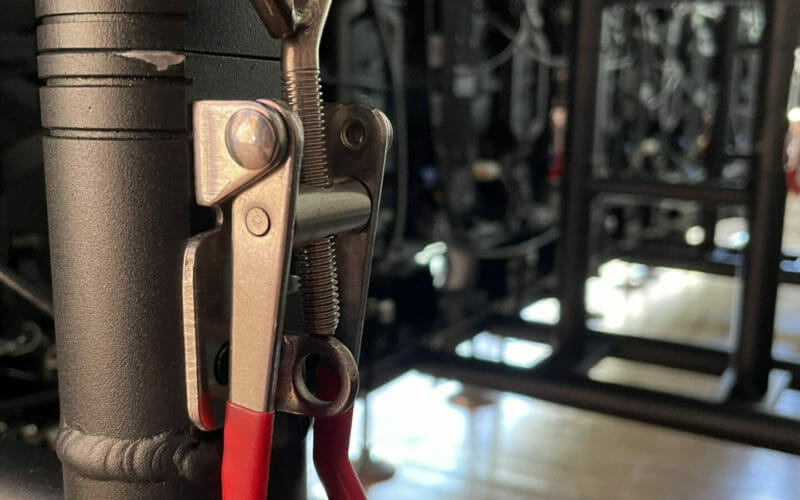 When it comes to an LED video wall, you must decide first the end-use in order to figure out what kind of features you’ll need. Most notably, you’ll need to decide if your LED video wall will be used for touring and ease of mobility, or stationary and permanent.

What are the differences, and which is best for your application?

Lets first talk about LED video panels for touring. These LED video walls are made for scenarios where your display is only up for a limited time. Examples might be for trade shows, concerts, entertainment, or any other functions that require a large display.

In these types of scenarios, because of the short need, you’re going to want the LED video wall to be quickly assembled and disassembled.

When looking at our M Series, which is the mobile/touring LED video panel carried by Firefly LED, there are several attributes that make it a convenient option for temporary displays.

Taking a deeper look at it, the M Series features ergonomic handles and an automatic locking system allowing an individual to easily assemble the display. The LED modules are front or rear serviceable, and the power/data box can be removed with one click. It features a patented structural frame with corner protection, so that you will be worry free from accidents.

Not only does it boast excellent touring features, but the M Series gives you flexibility in unique screen configurations so you’re not tied to a traditional rectangular-format display.

So, as mentioned, a touring LED video panel would have many of these characteristics in order to provide a mobile-friendly display.

A permanent LED video panel is a bit more self explanatory, in that it’s installed in a scenario that it is not intended to be moved.

This type of LED panel is intended for institutions that are looking to enhance a space more permanently. This can include, but not limited to, a house of worship, retail space, corporate, higher education, or anywhere else that is looking to elevate a space with custom LED signage.

Looking at the lineup of LED panels from Firefly LED, we have several options of permanent LED displays including the A Series and D Series.

The A Series is our premier, top of the line, LED video wall product which boasts all of the modern technology and advancements you’d look for in a permanent display. A patented armor coating, ultra light and energy efficient, and high gray scale with high contrast ratio are just some of the highlights of this series.

Our D Series is an economical LED panel that can help those like a house of worship elevate their sermons on a budget, while still reaping the many benefits of a high quality LED video wall.

In a permanent LED video panel, some are only front accessible for maintenance and repairs, because of their often wall mounted installation.

Touring vs Permanent: Which LED video wall is for you?

At this point, you should be able to tell the main differences and best uses between a permanent and touring LED display.

If you are utilizing an LED video wall in a space that’s just for an event, you will want a quick and easy setup touring or mobile display.
If you’re installing the LED wall for long-term use, with no intentions of moving it, you are going to want to go with a permanent display.

Still have questions about the difference? Our experts at Firefly LED would be glad to help answer — just reach out to us here.